CHINA & THE RING OF FIRE RAILWAY

The Ring of Fire chromite deposits located in Ontario, Canada – over 340 million tonnes and counting – are massive and considered major dry bulk commodities, requiring rail transport. Their development could have a profound beneficial effect on Canadian prosperity for centuries.

“It’s the transportation costs that will make this project sustainable for the next century,” says KWG Resources CEO Frank Smeenk. “Ontario chromite will have to compete with market leaders in South Africa and Kazakhstan, while the deposits in northern Finland are conveniently located less than 50 kilometres from an ocean port. We need to ensure that the minerals can be transported to the market in the most efficient manner, at the lowest possible unit costs.”

CHINA IS THE SECOND LARGEST TRADING PARTNER OF CANADA

Canada’s second biggest trading partner after the U.S. is China and our bilateral trade amounted to $85.3 billion in 2015.

In April 2016, China Rail’s First Study and Design Institute was welcomed by Canada’s Minister of International Trade Michael Chan, and recognized in Legislature by Ontario Finance Minister Charles Sousa. The China Rail engineering delegation then visited with the Peoples Republic of China Consul General before surveying the potential north south rail route the to the Ring of Fire.

“Chinese companies have come here to develop the Ring of Fire in northern Ontario.” – Consul General Xue Bing of the Peoples Republic of China

Since last year, Chinese companies have come here to Toronto to look for opportunities to enter into cooperation with Ontario government in building a high speed railway line connecting the cities of Toronto and Windsor, and also in the development of Ring of Fire in northern Ontario. I hope our friends in the CCBC can make a good use of your network and contacts to push forward our cooperation on large projects so as to provide new impetus to our bilateral relations.” 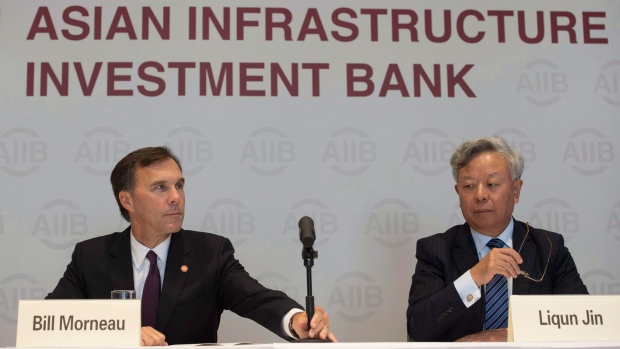 Canada has been approved to join a controversial new international infrastructure bank led by China. It was back in March 30th 2016, at the Luncheon of the Canada China Business Council on , that Consul General Xue Bing of the People’s Republic of China said;

“Canada is welcome to join the Asia Infrastructure Investment Bank and take part in the Belt and Road Initiative.

This Initiative is a response to the need for development and cooperation among the Asian and European countries, and it shows that China is in a rapid transition from a mere participant in international system to a provider of public goods.

In 2015, China released the Vision and Actions on Jointly Building Silk Road Economic Belt and 21st-Century Maritime Silk Road and signed cooperation agreements with over 20 countries along the routes.

The Asian Infrastructure Investment Bank was inaugurated. The Silk Road Fund went into operation. A number of major mutually beneficial cooperation projects were launched. Direct investment by Chinese companies in the countries along the route exceeded 15 billion US dollars.

The Belt and Road Initiative achieved important early harvests, providing strong impetus to the development and revitalization of countries along the routes. Geographically, Canada is not located along the route, but Canada enjoys great potential in the cooperation with relevant countries in areas such as infrastructure construction and contracting, project financing, and public and private partnership (PPP).

Thus Canada is welcome to join the AIIB, to make good use of its expertise in infrastructure investment and investment risk management, and participate in the Belt and Road Initiative in the principle of joint consultation, joint construction and sharing.”

Canada is welcome to join the AIIB, to make good use of its expertise in infrastructure investment and investment risk management, and participate in the Belt and Road Initiative in the principle of joint consultation, joint construction and sharing.

The friendship between our two countries goes a long way back. Over a hundred years ago, the first group of Chinese workers came to this country and built its first transcontinental Pacific Railway.

During the Second World War, China and Canada fought side by side against the common enemies. The heroic deeds of Dr. Norman Bethune have been remembered and cherished by the Chinese people.

CHINA LOOKING OUT & THE WORLD LOOKING IN

Today, like other executives worldwide, Hatch’s Global Managing Director, Infrastructure would tell you a different story: China’s “OBOR” grand Eurasian infrastructure and economic development strategy is redefining business opportunities not only in China, but virtually anywhere in the world this unprecedented land and maritime initiative leads.

Fulfilling OBOR’s infrastructure needs alone will mean natural resource project development – not only in China, but in other countries that will aim to meet Chinese demand for everything from minerals to energy. – CANADA CHINA BUSINESS FORUM 2015 – 2016 “One Belt, One Road One Unprecedented Opportunity” – By: Randall A. Mang, Pg 7

Canada must adapt to these 21st century realities if we are to maintain our competitiveness and develop our natural resources and manufacturing sector. “The reality is that with the gradual shift of the global economy’s centre of gravity from Europe and North America to Asia, Canada must adapt to these 21st century realities if we are to maintain our competitiveness and develop our natural resources and manufacturing sector. To meet this goal, we will need capital, and the largest pools currently lie in China.

If we need capital – and we do – Asia has the deepest pockets and the longest time frames, with a willingness to stand behind long-term projects and not managed by short-term results of the kind demanded by some U.S. trust funds. For a country with a relatively small labour pool available to develop and maintain such a vast expanse of projects, Canada often needs partners who are willing to look at long-term results over immediate ones. At the same time, Canadians must also weigh the long-term implications on Canada’s prosperity that would stem from ignoring Asian investment.”

Gorden Houlden, Director of the China Institute, Professor of Political Science and Adjunct Professor of the Alberta School of Business at the University of Alberta. He is also a Member of the International Development Research Centre’s (IDRC) Board of Governors. 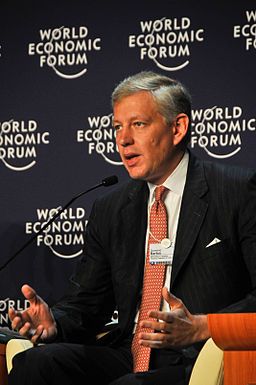 “Canada has many options to help fuel its weak growth by taking a more proactive business approach with China.” says Dominic Barton, the global managing director of consulting company McKinsey & Co. Barton, a Canadian who spent years working in China and across Asia, recommended Canada get moving in a range of areas when it comes to China, its second-largest trading partner.

He pegged the infrastructure gap — the difference between what Canada needs and what it has — at a level as high as $500 billion. Middle-income Canadians, he argues, would benefit from infrastructure projects because they would increase productivity.

The Liberal government won last October’s election on a platform that promised to double Canadian infrastructure spending over the next decade to $120 billion.

“It’s amazing that no G7 country has been investing in infrastructure when interest rates are at 50-year lows,” he said. “This is shocking.”

February 12, 2021
CSE Symbol: KWG   Volume:   Last Price:   Change:
We use cookies to enhance your experience. By continuing to visit this site you agree to our use of cookies.Ok